Optimise yourself with The Smart App

Optimise Yourself with The Smart App 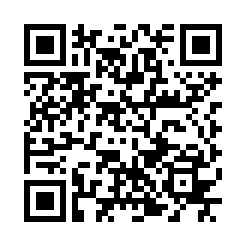 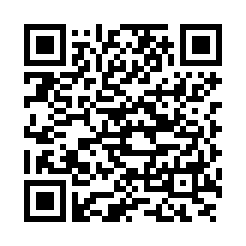 How do I know if the app is working?

On a human: Execute a kinesiology balance/strength test on another person. To find out more please visit our YouTube Channel.

Is the effect transferrable?

Can I copy the App to another phone?

No, the Apps special embedded frequencies are not recordable and therefore cannot be transferred.

Does the App harmonize metal stress?

If I run the app multiple times on the same beverage, will it increase the effects I am tasting?

Yes to a point. Using the app twice or even three times will increase the effect, each time the liquid will become smoother, but there is a saturation point where additional application will not yield a perceptible change.

How long will the positive effect last?

On a human: until they touch metal and earth themselves.

Which Phones does the The Smart App work on?

Apple: any device with a camera flash.

Android: any device with a camera flash.

Does the App work on Fruit?

Yes. Simply spray the whole fruit with misted App water and leave for 5 minutes. It will taste fresher. Or with sliced fruit, move the app over the fruit with an anticlockwise motion.

The Story Behind the App

The Smart App is the result of 30 years of research and product development in the areas of Homeodynamics, Epigenetics and Quantum Mechanics.

Five years ago in England and Germany we began our quest to produce a mobile phone application that would transfer a natural resonance carrying sine wave, through the luminance of a phone light, into liquids. Our first attempts were not effective as the cellular frequencies produce by the mobile phone disturbed the natural resonances the phone App was producing.

Eventually our scientific team prevailed, developing a specialized electromagnetic harmonizing wave that compensated for the mobile phones’ disturbance. This breakthrough in electromagnetic frequency technology allowed The Smart App’s natural resonance wave to be communicated through light as photonics beams.

Photonic waves are defined by the probability of electron motion. The scientific equations define the simple probability of connecting with an electron within a region of a liquid or space as proposed by Erwin Schrodinger.

The most well known harmonizing resonance is the ‘Schumann’ frequency, which is fundamental to the way our genes assemble and express. Modern day electromagnetic radiation pervades everything in our environment. Our homes and offices are filled with a huge amount of new man-made disturbing electromagnetic frequencies. These electromagnetic waves disrupt cellular signaling within liquids and therefore reduce a liquids hydrating abilities, adding to the energy deficit in the body.

The Smart Apps natural resonating sine waves have a harmonizing ability on liquids which become more hydratious, taste fresher and have a longer shelf life.

What do people think?

I love this #app. It's amazing how it works to make my wine taste awesome.

I tried on it on a whisky and you could definitely taste the difference from the control sample.
I also use it on my pre-workout mixes as it helps the granules to dissolve completely in the solution!

We’d love to hear from you, especially if you have a testimonial on The Smart App and how it has affected your life.

You can use the modal to explain one of your app's features/benefits in details. Lorem ipsum dolor sit amet, consectetuer adipiscing elit.